Planning a short layover in Istanbul was one of the best decisions I made as a functioning adult. After landing at the beautiful Ataturk Havalimani airport and checking in my carry on at the baggage locker, I hailed a cab and rushed off to Sultanahmet district, the epitome of grandeur and romanticism. 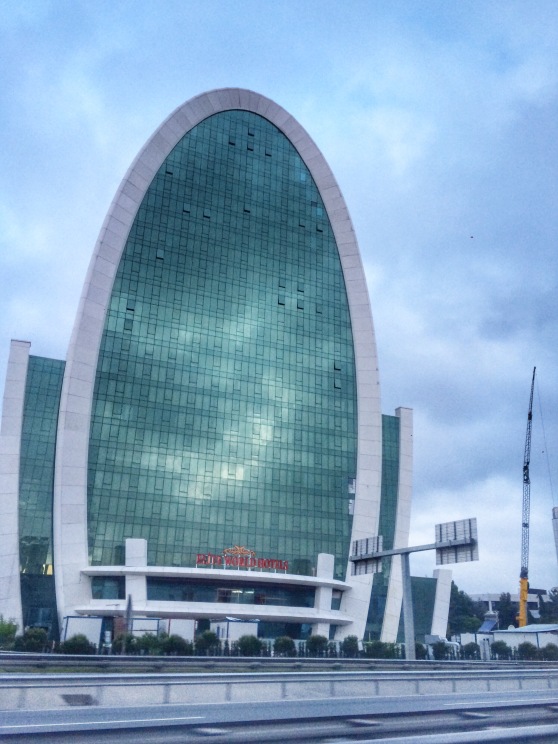 My cab driver was an older gentleman with the kindest green eyes and a warm smile but he did not know where my first destination Basilica Cistern was. I got a little nervous as expected since I did not know the language but a fellow Turkish traveler hearing this exchange next to me had tried his best to translate, yet the driver seemed unsure. Nobody knew the Turkish name for Basilica Cistern so I simply gave up and told him to take me to ‘Aya Sofia’. I had done enough research to know that the attractions I was curious about were walking distance to each other.
The cab ride through the highway of Istanbul was splendid to say the least. I was in awe of the quirky architecture displayed in many buildings and the air, though very hot and humid sang to my relaxed mood. We were driving in parallel to the Bosphorous sea and soon enough, I was dropped off on a street with carpet boutiques and kebab shops. 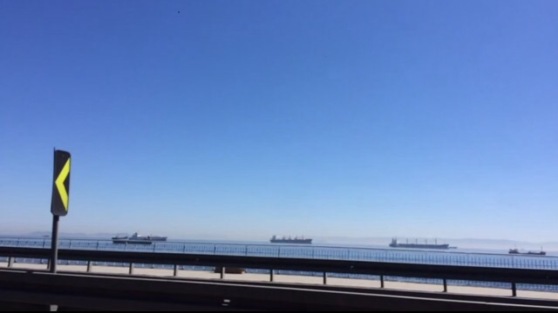 Since I had “tourist” plastered on my forehead, I was lured into one of the carpet boutiques by one of the shopkeepers who showed me few of their carpet and rug collection. He was very eager and ready to ship the carpets via DHL to my residence but I politely declined and instead stared at the workmanship of the lady who was threading a rug. I had to take my leave right after and started my walk uphill on a cobblestone path.

Upon arrival to the crowded and bustling Sultanahmet Square, I was in pure shock for the first few minutes as I took in my surrounding and the ancient history that I was in the midst of. I was standing by the benches in the middle point, under the blazing heat of the Turkish sun, surrounded by the magnanimity of Hagia Sophia, Blue Mosque, Obelisk of Theodosius. But I was on a mission and I started looking for any signs of Basilica Cistern. I found the entrance soon enough, bought a ticket for 20 TL and walked the long stairs down. The air instantly turned cool and I could hear the breeze and soft echoes of visitors conversations. I was welcomed by the dim lit enclosing, the grand columns help up high and sounds of the water as I stood in one private spot and just breathed. I was standing inside the largest ancient cistern, constructed back in the 6th century and for a history nerd like myself, this could easily be the definition of heaven. I walked around the cistern, touched the gothic-looking columns at times and also played with a few colorful coy fishes before heading to the Medusa heads. This small area was the most crowded and I didn’t find the twin Medusa heads that inspiring to ogle over so I took a selfie or two and headed out.

I walked towards Hagia Sophia and bought a ticket for 40 TL. Upon entrance through the imperial gate to this once-upon-a-time cathedral, later an imperial mosque and now a world-renowned museum, I felt at peace and in sound serenity. Hagia Sophia had been on my bucket list since I was 12yo when I read about the Ottoman Empire and to have finally walked into this opulent Byzantine architecture brought my heart to a sigh. There are no words to describe the kind of peace I felt when I walked the long stone path to the upper gallery to see scriptures of old Quranic relics and stunning Arabic calligraphy hanging on the sides. I was reliving history and loving every second of it.

Afterwards, I stepped out into the “largest carpet of tulips” in the world and noticed how this was a big attraction for the people around me. I sneaked into a private spot and took few selfies too. This space was a beautiful, well-maintained rectangular garden of tulips and all the flowers seemed to have bloomed with so much personality and love. I liked observing the affection the people had for these bright, multi-colored tulips; I guess flowers do bring out the hidden delight from even the most reluctant.

For light lunch, I grabbed beef kebabs to go from a street vendor and sat on a quiet bench to eat and see long, bright red, packed trams pass by. I was also genuinely surprised to see that the kebab vendor sold pork sausages. As a first time visitor, this was a prime example of the secularism this wonderful city boasted and rightfully represented. I pray to the deity above that this level of secularism maintains for many generations to come and no threat of extremism will overpower this freedom.

Since time was of rapid fluid essence, I made the major mistake of hailing a yellow cab from Sultanahmet to head to Ataturk Havalimani airport. The main driver along with his sidekick on the passenger seat were the most impulsive, unusual characters I had the misfortune of meeting. I simply told the driver to take a shortcut if possible and he ended up making so many illegal turns, driving super reckless in unbelievable speed and at one point dared to drive the wrong way on a highway while a bus was approaching. I shut my eyes and prayed that I get out of this adventure alive while stuck on a constant panic mode. Upon the arrival to the airport almost an hour later, these scumbags tells me that this shit of a ride cost me 300 TL. I couldn’t believe what I was hearing through my overall shock but I paid up with little arguments and left the cab. Travel tip: Avoid the yellow cabs at all costs — they are scammers and will try to trick you to pay in American dollars or Euros.

No matter the mixed experience I had between exalted high to severe panic attacks, I wouldn’t hesitate to book a ticket to Istanbul again for a much longer trip — there is so much to do and explore in this suave, culturally rich, historically revered city and my nerdy heart wants more, more, more. I simply yearn for you and I miss you, Dear Istanbul. 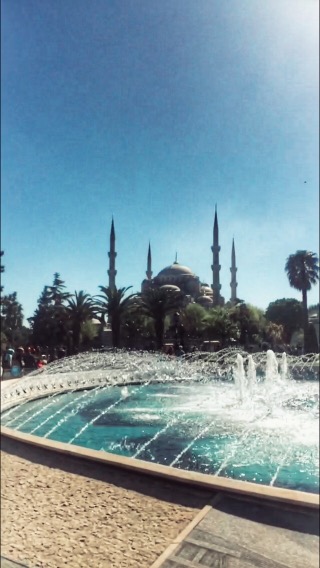